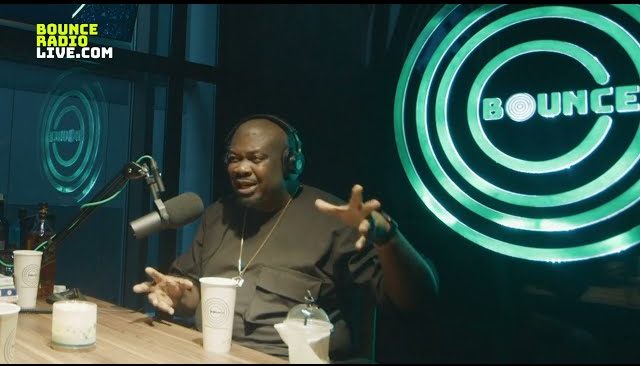 Bounce Radio is set to drop a new episode of the “Black Box Interview” featuring record producer, audio engineer, singer, songwriter, entrepreneur and CEO of Mavin Records, Don Jazzy in ‘The Birth Of The Genius’.

Ahead of the official premiere, an early access preview has been released to tease you as you anticipate the full interview.

In the 10 minutes preview, the interview host, Ebuka Obi-Uchendu asks the record executive why he felt a need to post about his new house and he responds by saying,

I have several houses, but this one, I like it more. I already saw some people perambulating my house that already figured out that it was my house before I posted it. And at the end of the day, they’ll now go and put out one story. I don’t want them to help me and put the story out the way I don’t want the story to be.

Don Jazzy also added that he had lived in the house for about one to two months before he shared the news. “It’s a thing of Joy. I like it, it’s beautiful. My parents are happy, they like it… It’s sort of like a family home,” he said.

He goes on to talk about stories surrounding his living in a rented house, housing as a business, his family, growing up and more.

The first part of the interview is set to drop on the 1st of April. But before then, enjoy this snippet: