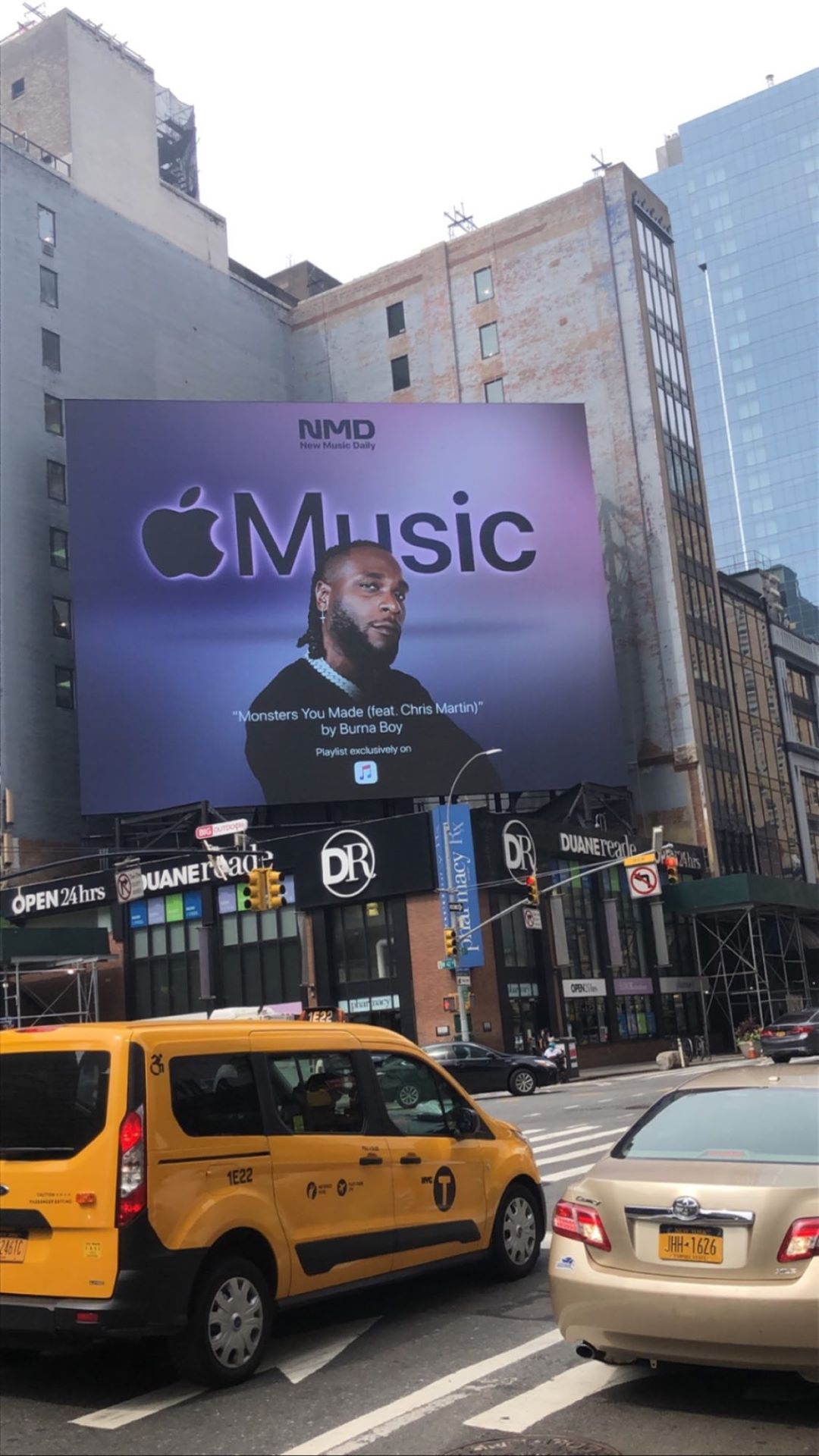 Burna Boy continues to inch towards global domination every day as his new album has taken over billboards in major cities in the USA and UK. The album “Twice As Tall” was released on Friday, August 14, 2020, and is already making waves in most countries as well as making it onto global charts.

The music star shared that his album featured on a couple of billboards in New York, LA and London courtesy of YouTube Music, Amazon and Spotify.

Burna Boy shared the exciting videos on his Instagram page.

Burna Boy set to perform at the 2021 Grammys